The schedule for the upcoming Asia Cup 2022 has been released, and India and Pakistan will face off on August 28 in a Group A clash at Dubai. The tournament will begin on August 27 and the final will be played on September 11.

The match against Pakistan would be India‘s first fixture in the upcoming Asia Cup, and after this match, the Rohit Sharma–led side will face off against a Qualifier. After the group stage fixtures, there would be a Super 4 phase, and the best two teams will progress to the finals. 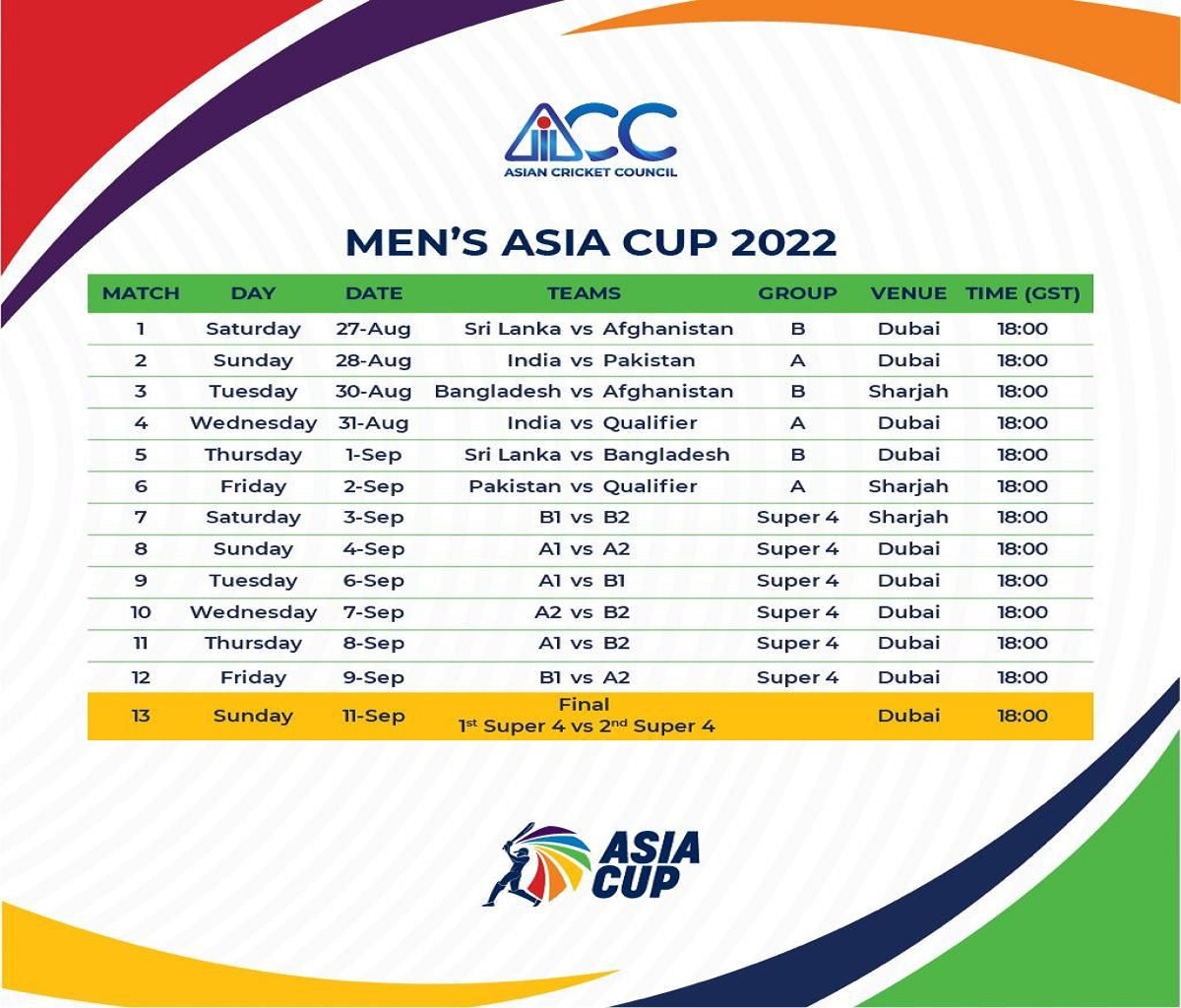 “The wait is finally over as the battle for Asian supremacy commences on 27th August with the all–important final on 11th September. The 15th edition of the Asia Cup will serve as ideal preparation ahead of the ICC T20 World Cup,” tweeted Jay Shah, the secretary of BCCI.

The ACC has announced that the Asia Cup will be relocated from Sri Lanka to the UAE due to the “prevailing situation“ in Sri Lanka.

The president of the Asian Cricket Council, Jay Shah, said that the decision was made after “extensive deliberation“ and that every effort had been made to keep the tournament in Sri Lanka.

Sri Lanka Cricket chief Shammi Silva said that while he understands the decision, Sri Lanka is still looking forward to hosting the event. The Asia Cup is scheduled to take place from August 27 to September 11.