Human life is hilariously absurd, meaningless and there is no point in existence, this is the core philosophy behind the play ‘Waiting for Godot’ by Samuel Beckett.

Samuel Beckett was one of the core contributors to the ‘Theatre of the Absurd’ movement that took place in the 1950s and 1960s. The play ‘Waiting for Godot’ is considered to be one of the finest contributions to the movement. This piece of fine literature portraits the futility of human struggle in this meaningless world.

It may seem, that human existence is pointless and boring, always waiting leniency for the arrival of something or someone to change the fate or give meaning to this existence when in reality, no one is coming. In ‘Waiting for Godot’ the word ‘Godot’ symbolizes this idea of absurdism with sheer delicacy. ‘Godot’ in this play represents the apprehension of the arrival of some godlike figure.

Now, allow us to introduce a brief summary of the play for a lucid conception of the plot before you start reading. 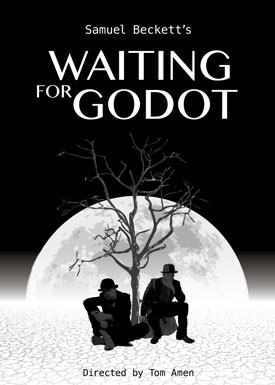 
Summary of the Play

The play ‘Waiting for Godot’ is a tragicomedy based on absurdist fiction that consists of just two acts. The whole story revolves around only 5 characters- Estragon, Vladimir, Lucky, Pozzo, and a ‘boy’.

Vladimir and Estragon, two friends, meet near a tree, start conversing with each other, and to their surprise, reveal that they both are waiting for a man called Godot. While waiting, two other men arrive at the scene. One of the two, Pozzo, is heading towards the market to sell his slave named Lucky. He takes a break and participates in the conversation of Vladimir and Estragon while the slave, Lucky, entertains them with dancing and philosophizing. After a while, Pozzo and Lucky depart.

After the departure of Pozzo and Lucky, a boy enters claiming he is a messenger from Godot. The boy states that Godot won’t come tonight, but tomorrow he surely will. Later on, Vladimir asks a few questions about Godot to the boy and then the boy leaves. After the boys’ departure, Vladimir and Estragon decide to leave but they don’t move while the curtain falls.

After the departure of Pozzo and Lucky, the boy from the last night enters. The boy keeps on insisting that he and Vladimir did not have any conversation last night. Godot will not be coming assures the boy. Then, Estragon and Vladimir decide to leave but once again they do not move as the curtain falls ending the play.

Absurdism generally refers to something silly or nonsensical or purposeless. In this play, Vladimir and Estragon wait for someone or something called Godot idly throughout the whole play. In the act-II, where Pozzo and Lucky are at the scene and Pozzo calls Vladimir for help, it creates an urgency to react, even so, Vladimir took quite a while before reacting. This shows the audience that the habit of inaction is not something to be broken immediately.

This whole scenario represents the current state of humanity as per Estragon’s words. Humanity is crumbling for meaning without doing anything or taking any action to do so, this portrays the irony and the absurdity of life.

This extraordinary piece of literature portraits the idea that there is no point in existence and life is nothing but meaningless. The play is a witty mix of poetry, dreamscapes, and nonsense that has been portrayed as humanity’s never-ending quest for meaning. Samuel Beckett’s play ‘Waiting for Godot’ is considered one of the most enchanted and excellent allegories of modern times as he pioneered the expressionistic minimalism in literature language.

If you love the nihilist aspect of literature and life then this mesmerizing play is waiting for you to be read.