Encyclopedias are a great place to start your study. Encyclopedias provide introductory information and keywords and terms for additional research.

The Monster Girl Encyclopedia was created to discover ways to combat monsters in battles. The writing is adequate for its intended purpose, but the artwork truly sets it apart. You will find mind-blowing artwork of monster girls on the left side pages, and the right-side ones contain descriptions of those illustrated monsters. The book offers in-depth explanations of every monster girl included in the book. 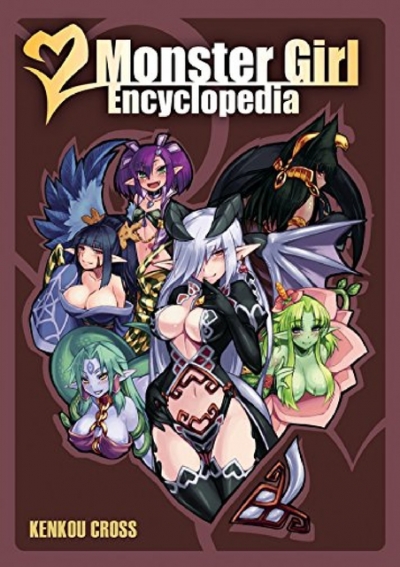 The Monster Girl Encyclopedia compiles all Kenkou Cross’ Monster Girls (also known as Manamo). As well as defining the environment, he posts the profiles of the monster girls on his website. A mysterious mythological realm is conquered by deploying monster girls to lure its inhabitant. It’s a fictional documentary writer’s backstory, collecting the numerous types of monster girls. Monsters and humans have waged war for millennia in this world, and the Demon Lord hopes to end the conflict by creating a unified race of monsters and incubi.

What is a Succubus?

According to legend, the malevolent demon or supernatural entity is known as a succubus is depicted as a woman who appears in dreams to seduce men. A succubus’s sexual activity, according to religious traditions, can lead to ill health or even death. Rather than being demonic or horrifying, a succubus is more typically shown as a seductive or enticing young woman in modern art. The incubus is the succubus’ masculine counterpart.

At first blush, the unnamed world of the encyclopedias appears to be your typical fantasy anime world. A demon lord who controls the monsters, a divine order meant to oppose the monsters with God touched heroes, magic thick on the ground, and adventuring was a valid career choice. It was exactly like that for thousands of years, monsters running rampant when human numbers got too big and heroes rising to kill the demon lord and an untold number of monsters along the way to set things right again,

The world order was running in the prescribed manner, until 3 or 4 centuries ago somebody got tired of the system. An unnamed hero, handpicked by the Gods themselves to kill the demon lord, found out that this was a seemingly endless cycle and set out to find a way to stop it.

Along the way, he included a monster sympathetic to his cause, a “succubus” named Lilith. She soon came to share her desire to end the cycle. The two fell in love and ended up marrying. The profound love Lilith felt for her husband gave her an idea to end the cycle. The action she took to turn the idea into a reality worked. A chain reaction of coincidences and many odd defying factors made it possible.

A succubus gets more powerful the more often they bed a man. Lilith’s power was skyrocketing for the fact that she was married and had an easy distance from a man at all times.

She managed to get the support of many monsters and gained the title of demon lord by both combat and acclamation. She then took advantage of the connection to all the monsters by filling them with all the energy she’d accumulated over her adventures, causing their minds, bodies, and hearts to transform.

Sophisticated elves, succubi, centaurs, mermaids, and more are brought to life in a way you’ve never seen before in these vividly painted pages.

This two-volume encyclopedia will embellish the manga collection and fulfill all the fetish of an Otaku or Weeb.